Working in a team

I am working in a building with twelve floors, each of them inhabited by few hundred employees.

Each morning, when I arrive in time, there are two ordered lines of people waiting for one of the elevators. Politely, we wait in line and get in the closest elevator.

Usually, this does not take longer than 1-2 minutes.

What's wrong with the elevators this morning, I thought.

Then the guy if front of me moved a bit and said: 'Oops, nobody pressed the button to call the elevator!'

And he did press the button and one elevator came right away.
Posted by Dragos No comments:

Kids are smarter. Even than developers ;)

If you are a developer or know one, you are aware we think we are the smartest of them all.

Today, I was visiting my 4.5 years old daughter schools. They had a session where the kids were showing the parents their "work".

One of the work was to sort ten tiles, numbered one to ten.

Quickly, I did a calculation in my head: I know a pretty smart sorting algorithm, that has complexity n * log n, n is 10 so I'll be done in around 30 moves.

Beat that, I thought, smelling already the victory.

When programmers think they are done... 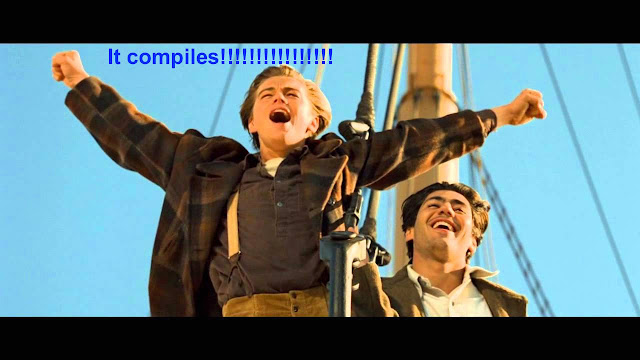 Posted by Dragos No comments:

Why programming is a unique job

When working on a new software product, on a new function or simply a new piece of code, you are faced with an interesting challenge:

Nobody ever had the exact environment, the same code already written, the same requirements.

Nobody worked on exactly the same piece of software as you are.

You need to create something nobody ever did before.

Yes, there were similar situations. Similar projects. But none of them was exactly the same as the current one.

You are creating something for the first time.

Day after day, minute after minute, you get to do something nobody has ever done before. You feel like a real inventor, innovator, a pioneer.